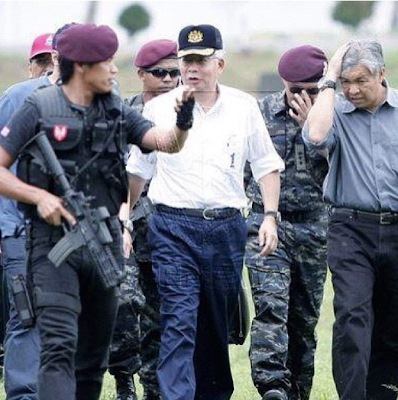 PM: Sulu militants must lay down arms and surrender unconditionally

Najib announcing the setting up of a special security area to secure the borders of the east coast of Sabah at a press conference in Lahad Datu.

Sulu militants must lay down arms and surrender unconditionally and operations against them "will go on as long as it takes," said Prime Minister Datuk Seri Datuk Seri Najib Tun Razak at a press conference on Thursday.

He also announced the setting up of a special security area to secure the borders of the east coast of Sabah and reassure the people of Sabah about their safety.

He said five battalions of army and police would be stationed at the special area.

"Immediate steps will be taken to set up a temporary command centre in Lahad Datu,'' he said.
He also said that the question of whether Sabah was part of Malaysia should not arise as that has been determined legally as far back as 1878 and subsequently by the referendum conducted by the Cobbold Commission ahead of the formation of Malaysia.

"Do not underestimate Malaysia's determination to maintain Sabah as part of Malaysia," he said.
Earlier Thursday, Defense Minister Datuk Seri Ahmad Zahid Hamidi has tweeted that the ceasefire would only be accepted if all the militants surrendered unconditionally.

"Do not trust the ceasefire offer by Jamalul Kiram. In the interests of the people of Sabah and Malaysia, destroy all the militants," he tweeted.

The self-proclaimed Sulu sultan had called for an immediate ceasefire to the standoff in Sabah following calls by United Nations Secretary General Ban Ki-moon to end violence in Sabah and start holding dialogues.

"The Sultan (Jamalul Kiram III) is calling for a unilateral ceasefire of the sultanate of Sulu effective this hour, 12.30 in the afternoon of Thursday," spokesperson Abraham Idjirani said, according to ABS-CBNnews.com.

The spokesman had also told Reuters that 10 of the Sultan's followers at Lahad Datu had died during the confrontation with Malaysian security forces and that another 10 have since been captured.

Four other followers were wounded, according Idjirani. "They will not come home, and would rather die fighting if cornered," he said of the remaining followers in Sabah, according to Reuters.

The UN chief had earlier expressed concern about the impact of the standoff on the civilian population, including migrants in the region.

Ban is closely monitoring the situation in Sabah and would like to see all parties engage in talks for the peaceful resolution of the issue, a UN statement said.

He also urged all parties to "facilitate the delivery of humanitarian assistance and act in full respect of international human rights norms and standards." 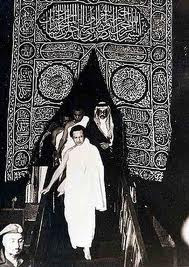 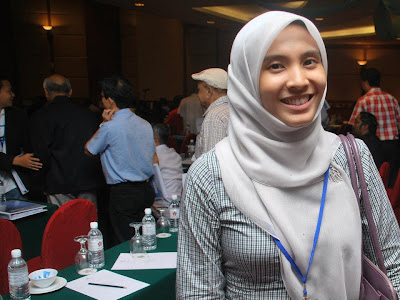